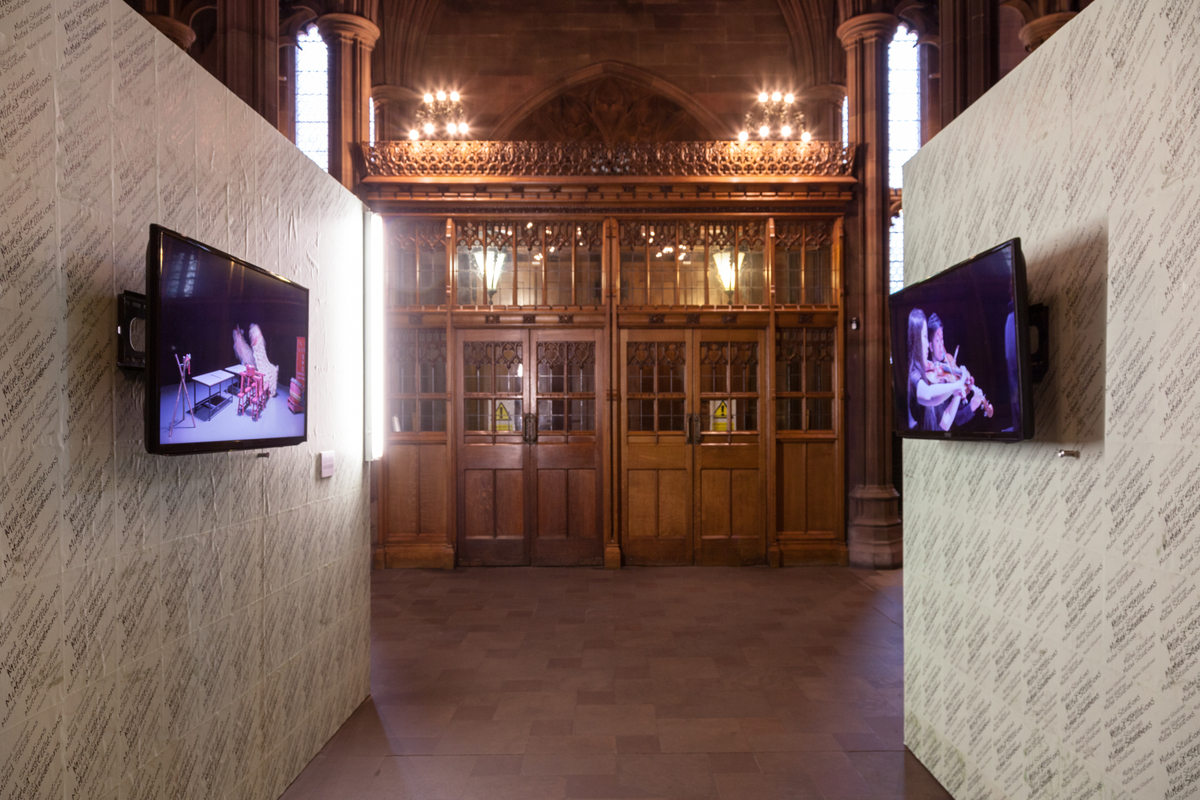 During the Occupying Movement/ Umbrella Movement in 2014, Hong Kong people devised ingenious ways and drew inspiration from the media in order to express their demands for universal suffrage. They were even more creative than professional artists. Nevertheless, how can we transcend the misappropriation of political symbols? Will we have deep seated reflection on politics and aesthetics in the wake of the clamor of carnival-like social movement? Seriously, these are the questions remaining unanswered to the Art field in Hong Kong. We found ourselves situated in the swirl of globalisation of Contemporary Arts as well as under the huge shadow of Statism. Being small, private and introverted is almost a curse on Hong Kong Arts. How can post-97 Hong Kong shake off the obsession with being marginal and secure our position in between fluidity and uncertainty? Can we counterattack through innovation in culture even if there is no advancement in democratic movement? Can we open up a vast grey area in between black and white? Can we restore the shattered silhouette from the ruins of history? May we turn our back on the future and look back to the past, just like Walter Benjamin’s description of Paul Klee’s ‘Angelus Novus’ ?

A fluid boundary  A lost territory

Samson Young was born in 1979 in Hong Kong. He immigrated to Australia when he was studying in Form 2. He underwent training of Classical Music in his childhood. He always casts doubt on the nature of culture and gender owing to his early study in Philosophy and Gender Studies at University. His PhD thesis criticises the self-orientalism of Chinese international composers. In 2009, Samson was graduated from the Princeton University and back to Hong Kong. At that time, Hong Kong was in conflict with Mainland China on account of the problems caused by Individual Visit Scheme and Anchor babies. The abstract debate over political reform was transformed to everyday street conflict. Samson Young found that theories of Identity Politics cannot meet the challenges of Real Politics. ‘Now I recall my experience of immigration — I intentionally avoided my Cantonese accent and forced myself to make friends with white men — I found that when overemphasizing fluidity of body, somehow, we will repress the immobile body. It makes us no place to stand and at a loss in a hopeless situation,’ said Samson Young. The conflict became intensified; nonetheless, Samson Young did not search for answers from social movement. Instead, he set foot on the geographical border between Hong Kong and Mainland China. He walked along the barbed wire which has separated the two places since 1951 with a view to recording sound. Since 2012, he has developed a series of works titled as ‘Liquid Borders’. He does not take sides; instead, he allows sound to speak — border is only a man made differentiation. The recorded sound shows no difference from either side. Border and man-made difference cannot trap birds, fish, air and running water. Samson Young has walked along this border of identity politics for two years to conduct his field study in the slough. He discovered a long road of contradicted symbols. Moreover, boundary lines and symbols are not only metaphor of cultural identity. Musicians’ viewpoints are somewhat different from visual artists’. Finally, in the form of graphical notation, the recorded sound and his interpretation become the traces on papers. It makes the work poetical and conveys the derivative of sound.

Repetition of history of re-media

Classical music emphasizes discipline on body; therefore, Samson Young usually creates from concepts. Nevertheless, his works possess the musician’s labourious quality. Pastoral Music is about the border and front — a 18 km long Gin Drinkers Line which was set from Port Shelter in Sai Kung to nowadays Kwai Fong. This line disappeared in history and it was originally constructed to resist Japanese invasion from the north; surprisingly, it fell in a short time. Thus, Hong Kong has been absent in the history of World War II till now. Samson Young immersed himself along the line so as to echo history through sound. Besides, he made a bold assumption: Can the former border defense against the invasion from the north? Hence, he queries the so-called realistic politics is actually unrealistic. In the trip, he hummed the Cantonese version of the song Z českých luhů a hájů in the trench. This song was translated into Chinese and the last line of the lyric is ‘My dear friend, what’s on your mind?’ Does a line distinguish friends and enemies? How can resistance be possible as long as the line is an ever-moving slough? From body to sound, from battlefield to exhibition, Samson Young has no intention to re-present history or take side in politics. He intends to re-perform history through the self-ritualised body and various media. Music score is carved on the stone — only visual, without sound; film clips of war are the same, but Samson Young plays live music. Audience cannot identify any traces of Hong Kong politics directly; however, his works incite our deeply rooted political imagination. From the abandoned land, he explores the possibilities of history.

To Hong Kong artists, the occupying movement is another unforgettable shock since June 4th incident: How can we transcend the boundary between aesthetics and politics, local and nation? It depends on the efforts of this generation.

(The full version of this article was published in Art Appraisal Club’s ‘Asia TriennialManchester’http://www.artappraisalclub.com/harmonious-society/ )

An active art critic based in Hong Kong. She is the PhD candidate of Cultural Studies of the Chinese University of Hong Kong and the member of Hong Kong Culture Monitor and Art Appraisal Club. Her research interests involve: City’s space, Art Labour and Cultural Politics, etc.